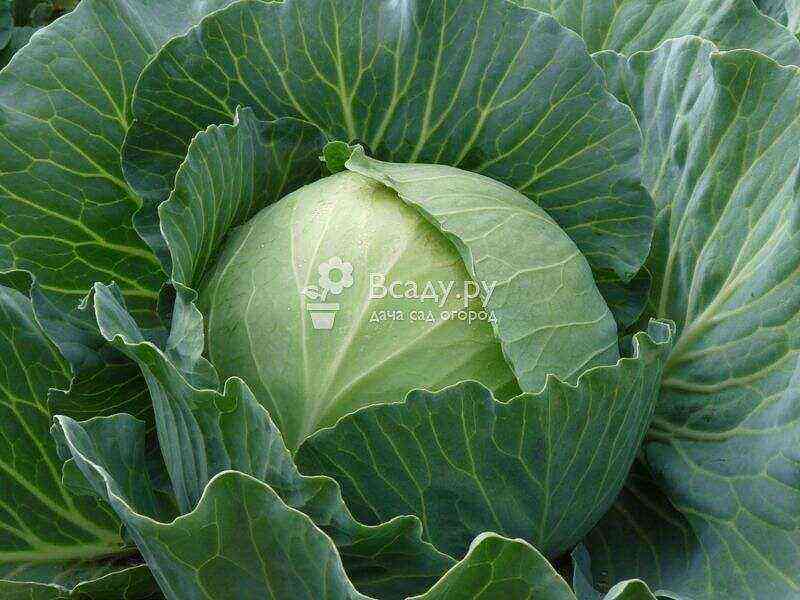 Types of cabbage with photos, names and descriptions

There are many types of cabbage, some of them have subspecies, while the varietal diversity of the culture is in the hundreds.

Considering the types of cabbage, let’s start with the most popular – white cabbage. It is light and moisture-loving, does not tolerate acidic soil and excess organic matter. Withstands frosts down to minus two degrees Celsius.

Cabbage leaves are colored dark purple. White veins are clearly visible on the sections. Red cabbage tolerates heat well, loves sun and moisture. When grown in the shade, the leaves lose their characteristic color, the heads of cabbage are poorly formed. Withstands a temperature drop of up to 7 degrees Celsius. 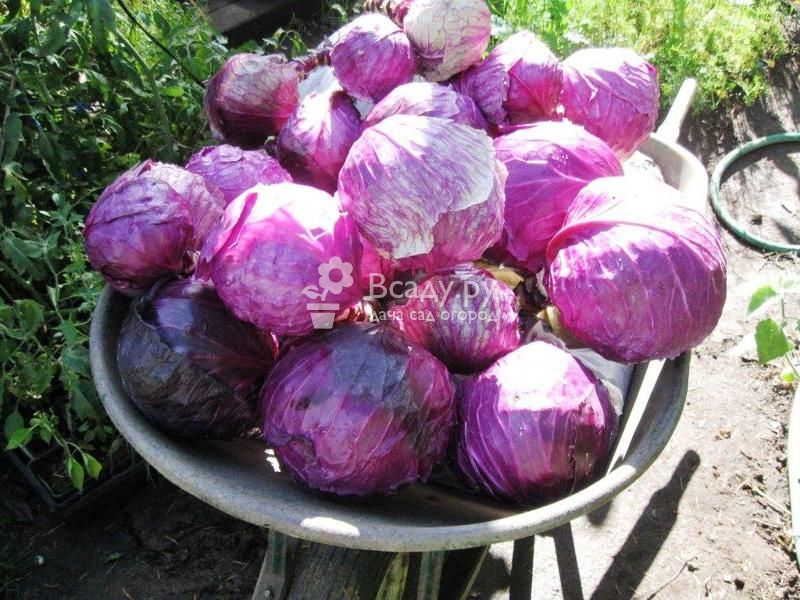 The most popular varieties: Faberge, Mars MS, Rubin. Red cabbage is consumed mainly fresh, although it is suitable for heat treatment and fermentation. Most varieties keep well during the winter.

This subspecies of cabbage forms a long stem, but which forms many small bright green heads of cabbage. Brussels sprouts are more drought tolerant than other types of cabbage, photos of which you will find in this article. 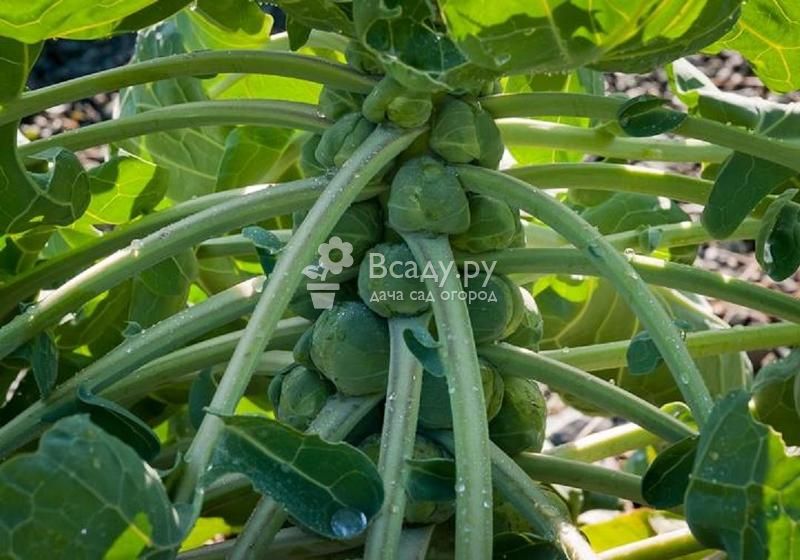 Frost resistance is high – up to minus 7 degrees Celsius. Does not tolerate thickened landings. Refers to late-ripening – 150-180 days pass from germination to harvest. On the territory of the Russian Federation, varieties such as Hercules, Gornet, Sapphire are widespread.

Cauliflower and its subspecies

An annual type of cabbage. At the top of the stem, multiple shoots are formed with white or yellowish buds, collected in dense inflorescences – they are used for food. Cauliflower can withstand up to minus 7 degrees of frost, but does not knit heads at temperatures below 10 degrees Celsius. Poorly tolerates drought and heat. 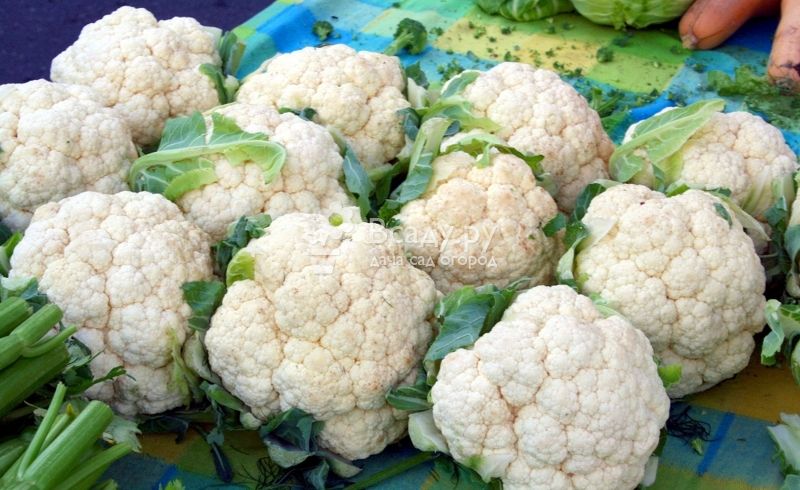 Productive varieties: Lateman, Koketka, Snow Globe, Snowball. Cauliflower is not suitable for long storage. They use it in freezing, fried in batter, pickle.

As you can see in the photo, varieties of broccoli cabbage resemble cauliflower in shape. The inflorescences are predominantly green, but there are varieties with purple and white heads. Broccoli loves moderate watering and fertile soil. Cold-resistant. 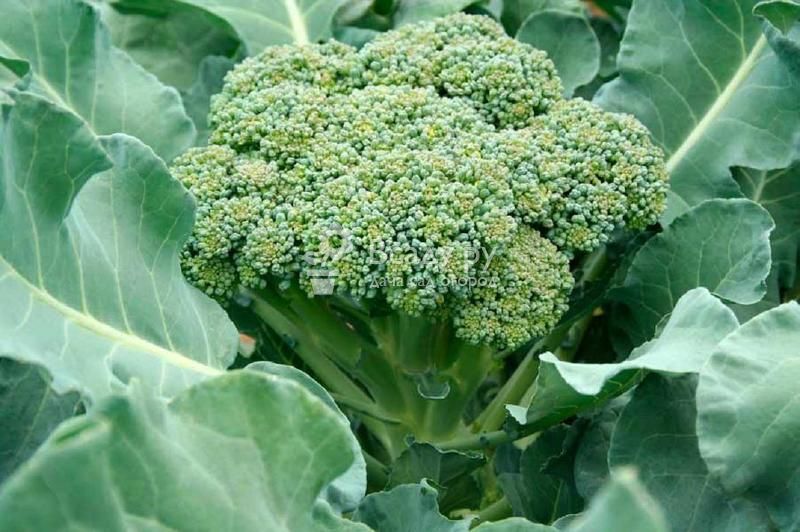 Broccoli is a subspecies of cauliflower

Common varieties: Linda, Tonus, Caesar. Broccoli has a pungent flavor. It is not stored for long, so it is often stored frozen.

This species is interesting for its delicate taste and decorativeness – the buds form pointed inflorescences in a spiral. Romanesco is used pickled or after freezing in salads and for decoration. 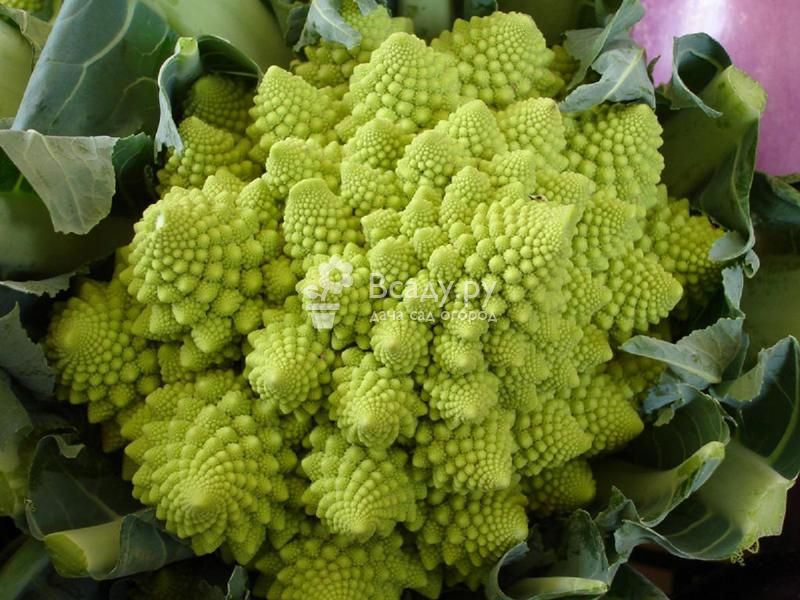 Types of cabbage and their characteristics differ in many ways. Kohlrabi forms a stem fruit with a dense juicy core. Its peel is light green, yellowish or purple in color. 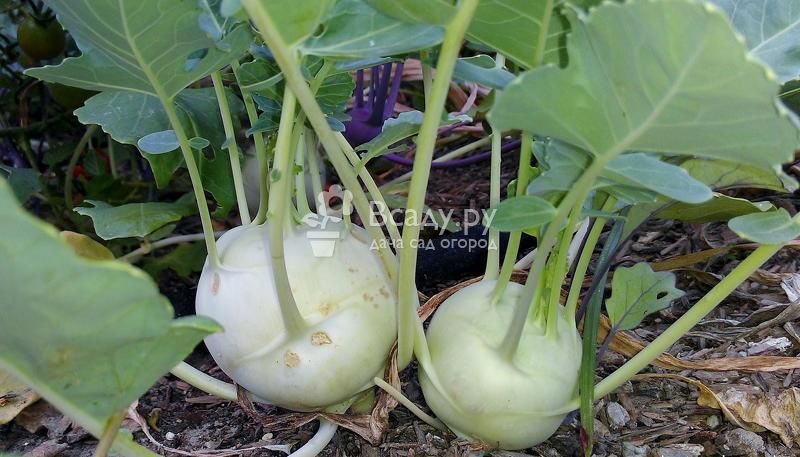 Kohlrabi – a type of cabbage that forms a stem

Kohlrabi is an early maturing species. During the season, it can give two crops, while its cold resistance is lower than that of other species. The best varieties: Delicatessen, Giant, Cook, Vienna blue, Violetta.

Forms loose heads of rich green color with curly, bubbly leaves. When grown, Savoy cabbage is resistant to drought and low temperatures. It is practically not affected by pests. 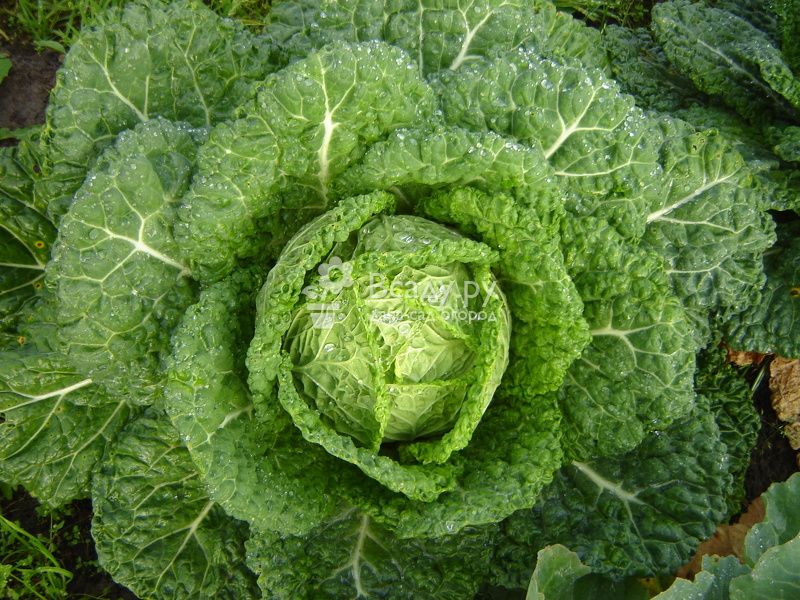 Savoy cabbage in the garden

Popular varieties for central Russia: Moscow lacemaker, Petrovna, Zolotaya early, Nadya. Fresh Savoy cabbage is not stored for long. It can be dried and used as an addition to salads and other dishes.

Lettuce can form a leafy rosette or elongated loose heads of cabbage, depending on the variety. The plants are early ripening and can produce two harvests. With a long daylight hours, it shoots, so it is planted early (in April), and with a summer planting – in the shade. 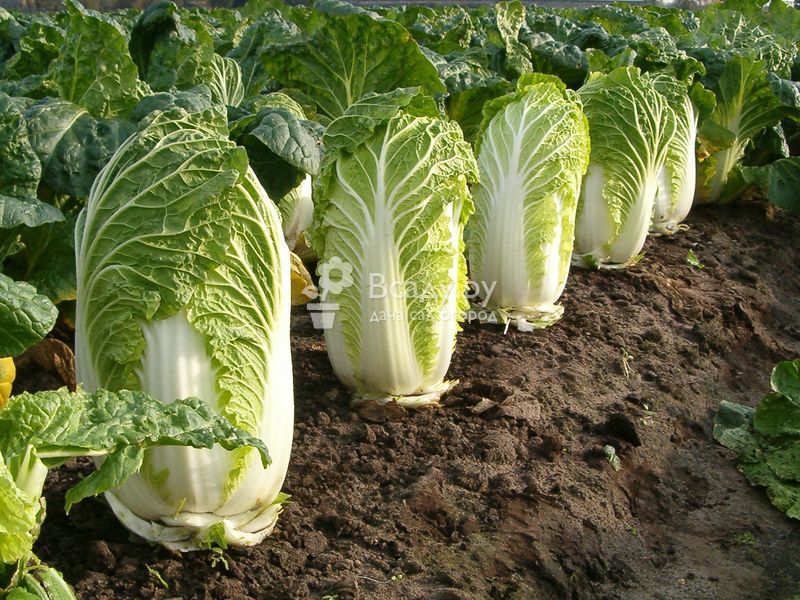 Common varieties: Cha-cha, Glass, Pomegranate, Kudesnitsa. The keeping quality of the cabbage is good. Leafy varieties can be grown at home after frost.

Similar to Peking. It can also be formed in the form of a head of cabbage or a dense leaf rosette. The plant is not whimsical, grows well in poor soils. Cruciferous fleas love to feast on Chinese cabbage, so you need to fight them in a timely manner. 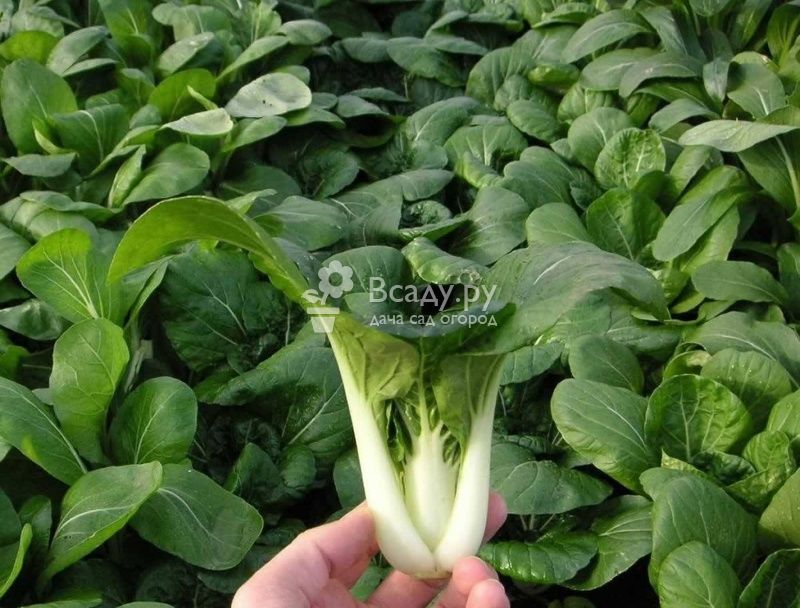 There are many varieties of Chinese cabbage. The most famous: Chill, Swallow, Goluba, Corala, Yula. Used for preparing salads.

Cabbage, the types of which we are considering, can also be grown for decorative purposes, if we are talking about a leafy variety. Plants form a dense rosette of curly leaves of different colors. Some varieties are bicolor. Withstands up to minus 15 degrees Celsius. Can grow in shade. 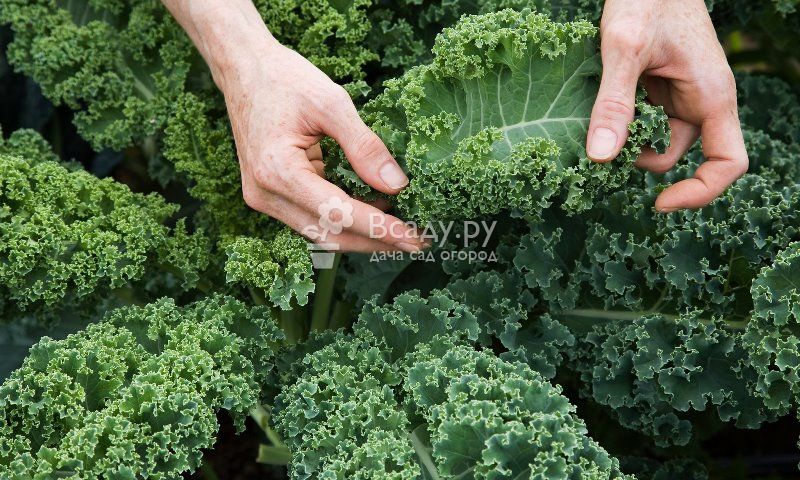 Having considered the types of cabbage, photos, names and their main characteristics, you can choose the most suitable one for growing on your site. A variety of vegetables will allow you to create unique beds, or decorate other plantings, making your garden not only useful, but also decorative. 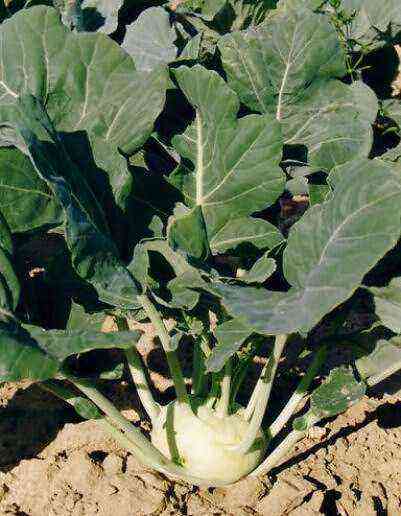 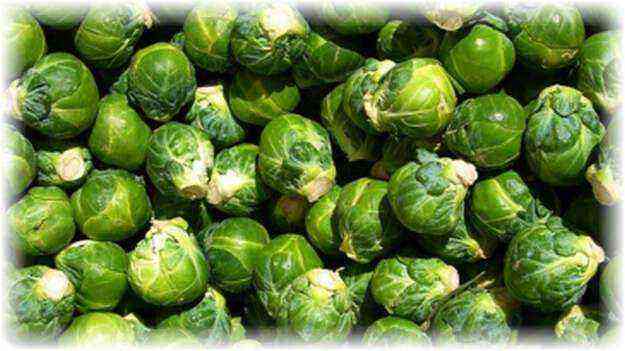 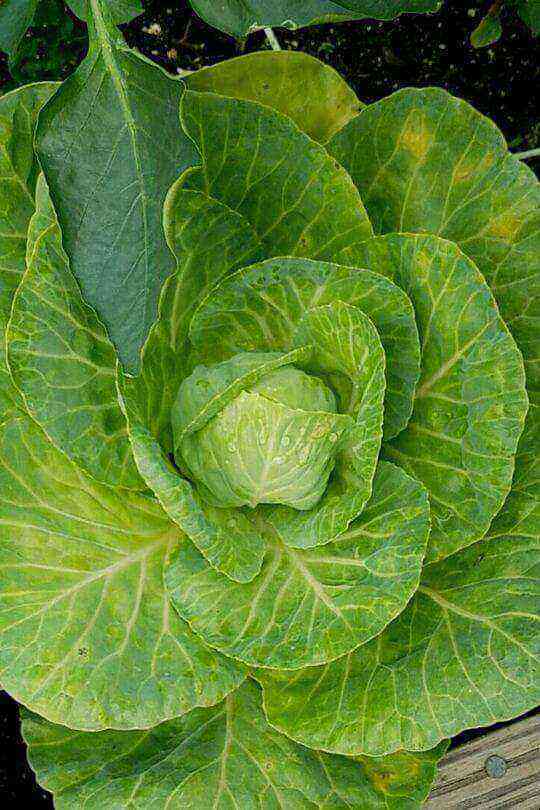 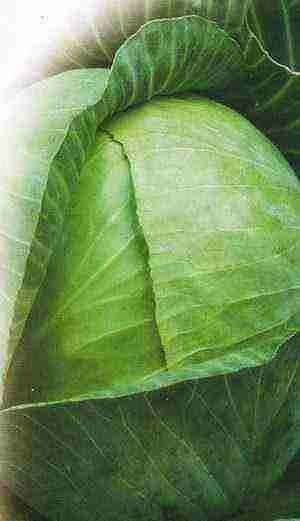 Types of cabbage: photos, names of the best varieties and description of characteristics

Ornamental cabbage is a great solution for creating a flower garden

How to freeze broccoli at home to preserve the benefits