False pregnancy can occur in the female of any animal that has reached puberty, including rabbits. Such a process is almost no different from a real pregnancy, but only in this case the female cannot produce offspring. During pregnancy, the female prepares the kublo and collects material for its arrangement. This can sometimes be accompanied by hair pulling.

Throughout the false pregnancy, the animal will be quite aggressive. Some individuals may mark their territory with urine. The period of such a pregnancy, on average, can last about two weeks. When a false pregnancy manifests itself 3-4 times a year, then you need to contact a veterinarian to establish the causes of such a pathology. 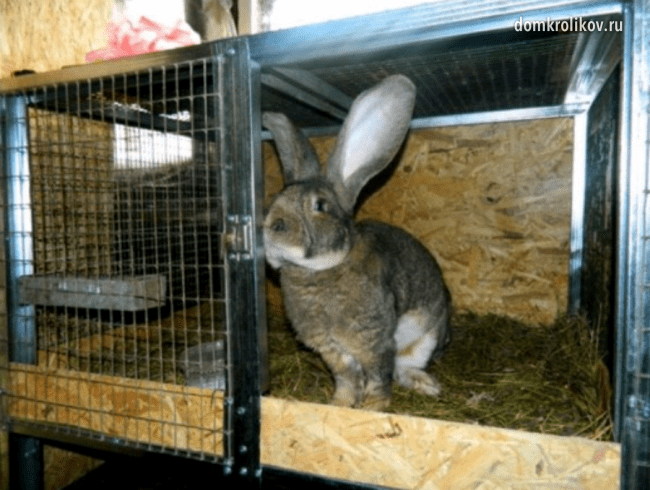 A false pregnancy in a young rabbit can occur for certain reasons. One of them is mating with a castrated rabbit, when the copulation process took place, but the female did not become pregnant.

During a false pregnancy, the amount of hormones in the body increases. This is the reason why the behavior of the rabbit is the same as in a normal pregnancy. The release of hormones can lead to disorders in the body.

Important! Rabbits don’t have estrus. If blood is seen in the female’s aviary, then you should consult a doctor.

False pregnancy in rabbits can be determined when the following symptoms appear:

What should the owner of the animal do in such cases? Experts note that the symptoms will disappear on their own after a while. The female will stop building a nest and become more calm.

Important! The gestation period for these animals is 30 days. During this, the animal can pull in its hair to build a nest. There will also be vaginal discharge.

Constant manifestations of a false pregnancy are a reason to consult a specialist. He must sterilize the animal. But before such a procedure, without fail, the doctor must conduct a thorough examination of the female and find out the causes of the manifestation of the pathology.

The main testing methods are:

Why can a false pregnancy happen? The reason for the sukrolnosti may be a poor-quality family of the male. At the end of the act, there is not enough sperm in it to fertilize the female. To avoid this, it is recommended to re-conceive after 6-7 days. But if the female hides from the rabbit and does not let him near her, then fertilization was successful for the first time.

Many breeders, in order to fertilize a female 100%, resort to the method of mixing the seed. To do this, they allow two males to the female at once after a short period of time. This increases the chances that the sperm will fertilize the egg.

It is important to consider the age of partners when mating. The female should be younger than the rabbit by 2-3 months. This is due to the fact that males become sexually mature earlier. Also, a constant change of partners will be an effective method.

The duration and peculiarity of therapy depends on the frequency of manifestation of false pregnancy. In this case, the usual symptoms and behavior of the animal during a false pregnancy go away on their own. But after this, the female may experience inflammatory processes on the genitals.

The task of the veterinarian is to eliminate these inflammations and sterilize the animal. The female has her ovaries and uterus removed. After such a procedure, the amount of hormones in the body usually becomes less, which makes the animal calmer and prevents the possibility of a recurrence of such a relapse.

It is worth noting that sterilization is a serious operation, and therefore it should only be trusted by professionals. When milk is released during a false pregnancy, the female may also be prescribed medication.

False pregnancy in rabbits can only be eliminated by spaying. If such manifestations rarely occur, then they should not be paid attention to, as this is considered normal for rabbits.

It makes no sense to treat a false pregnancy with the use of drugs. This may increase the risk of the female developing tumors. It is also worth refusing to use drugs for the reason that there is no way to accurately calculate them, since everything depends on several factors that cannot be taken into account. 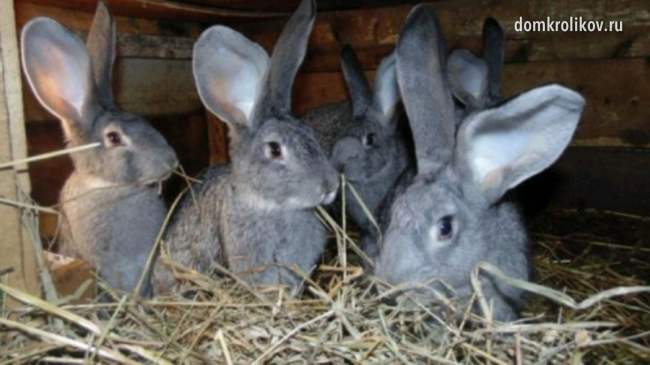 Recommendation! In false pregnancy, herbs can be given to calm. These are melissa, basil, sage and others.

It must be remembered that frequent false pregnancies indicate that the female has diseases in the genitals. If such an animal is fertilized during this period, then this does not guarantee that the pathology will pass. Also, after mating, the female may experience miscarriages. She will develop toxicosis, which can lead to the death of the animal.

All animals, like people, are susceptible to diseases of the genital organs. This probability increases exponentially with age. Therefore, adult females should be constantly examined. You need to do this once a year.

Sterilization is usually resorted to by those with whom he lives at home as a pet, and the offspring from such an individual is not important to them. At the same time, doctors cannot unequivocally say whether sterilization is useful for a rabbit or not.

Individuals that have reached puberty are required to produce offspring. If this does not happen, then there is a risk of manifestations in the genital organs of tumors.

After sterilization, a small scar (3-4 centimeters) will remain on the belly of the rabbit. An animal has such a stomach that it can expand depending on the amount of food it has consumed. Therefore, after the operation, it is necessary to constantly monitor the crawl so that it does not overeat, as the seam may disperse.

How to avoid false pregnancy?

If the female will periodically experience a false pregnancy, then this is normal. A veterinarian should be contacted only when a relapse of the pathology occurs. The doctor must sterilize. This is the only way to help the animal, since the use of drugs is not effective.

It is worth noting that the egg of a female rabbit can be fertilized again on the second day after bringing the offspring. Many breeders take advantage of this and send the female to mate on the second day. So you can get the maximum offspring from her in a short time. 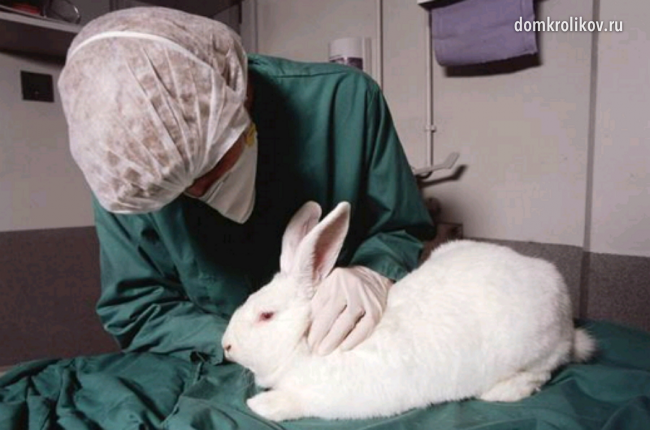 From the foregoing, we can conclude that a rabbit with a false pregnancy can bring a loss to the farmer who breeds these animals. The female will not be able to give birth, but at the same time she will consume food and require a medical examination, which affects the finances of the breeder.

At the same time, such a pathology is not a reason to slaughter an animal. Therefore, it is worth remembering that the health of rabbits directly depends on the quality of care for them and living conditions. To get the maximum profit from animals, rabbits need to be taken care of. And then they will thank with high-quality fur and tasty meat. 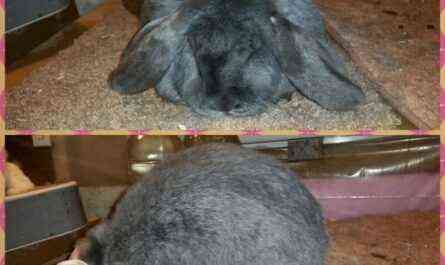 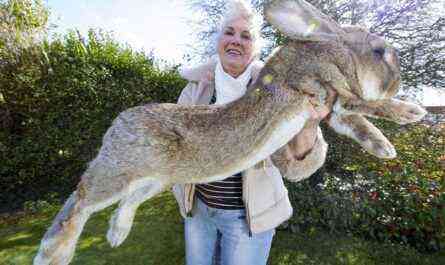 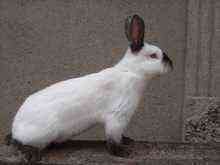 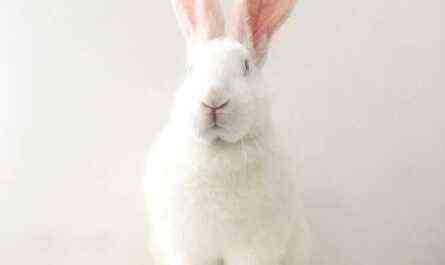 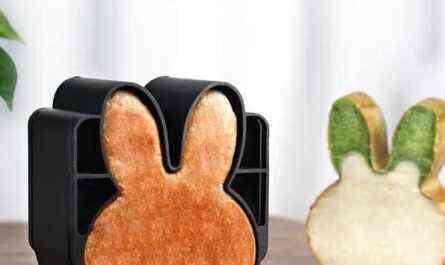 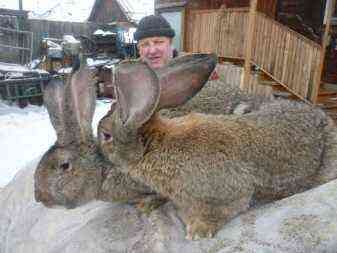 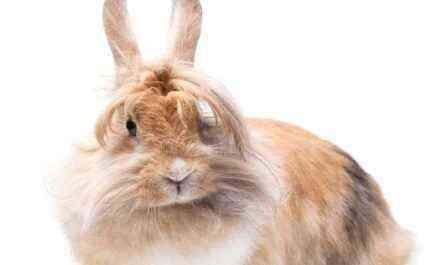 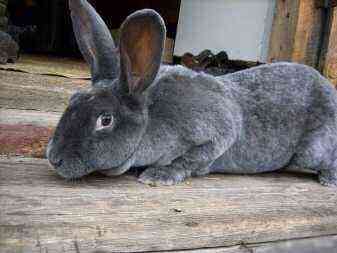 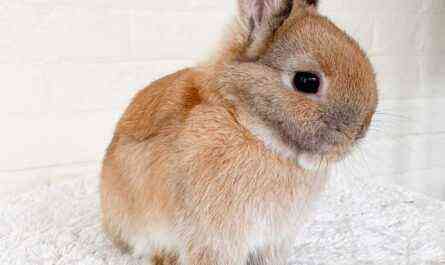 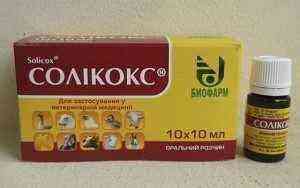 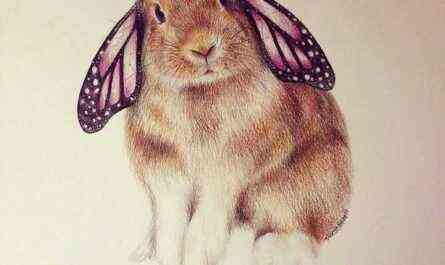